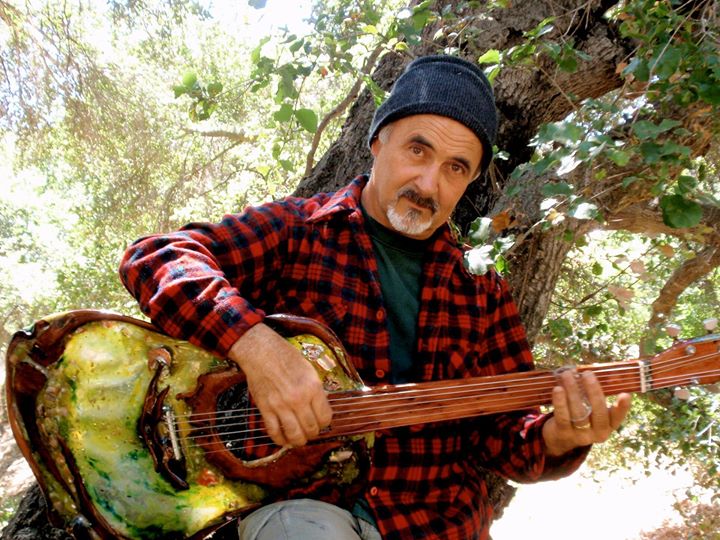 J Peter’s music was molded by his life as an Alaska wilderness gold prospector, oil field roughneck, and actor. The Ojai Valley-based singer-songwriter chronicles his life of travel and adventure with a poet’s touch. Among his main influences are John Prine, Guy Clark, Doc Watson, Townes VanZandt, and the Delta blues men. In his 30-plus years of performing, Peter has played clubs and concert venues from Anchorage to Austin, and from the Arctic Ocean to the Hawaiian Islands. He has warmed up crowds for George Thorogood, Commander Cody, Marshall Tucker Band, Billy C. Farlow, and the Texas Tornados. He has also appeared on main stage at the Strawberry Music Festival, the Alaska and California State Fairs. http://jpeterboles.com

Songwriters At Play holds showcases every Sunday afternoon, 1-4 pm at Sculpterra Winery, 5015 Linne Road, Paso Robles, 805-226-8881. Show goes on rain or shine. The showcase includes one featured act, playing a 45-minute set, and others playing 4-song sets. We pass the tip jar during the featured set, otherwise no cover. All ages are welcome.