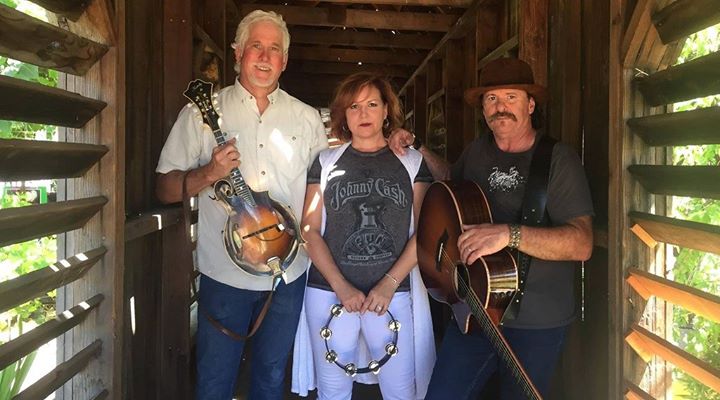 Stereo Chickens seamlessly blend country, bluegrass, folk, and gospel into their own unique Americana sound. Ken McMeans is the founding member of Stereo Chickens, playing guitar and singing. As an artist and writer, his songs have been heard on TV shows like “General Hospital”; he has been nominated for numerous industry awards and had his songs picked up by artists such as Linda Ronstadt, Kim Carnes, Joe Cocker, and John Waite. Cynthia Ford is a vocalist, who plays numerous instruments and brought congas into the group. She has spent a lifetime playing music as well as acting in the theater. Mandolinist-vocalist-songwriter Tom Walters started his musical journey cutting vinyl with fellow college alumnus Weird Al Yankovic, going on to share the stage with such artists as Country Joe McDonald, Maria Muldaur, Jerry Douglas, and others. His first international release for Eagle Records in Nashville was with the duo Iverson and Walters. He also plays in the local band, The Taproots. http://www.stereochickens.com

Songwriters At Play holds showcases every Sunday afternoon, 1-4 pm at Sculpterra Winery, 5015 Linne Road, Paso Robles, 805-226-8881. The showcase includes one featured act, playing a 45-minute set, and others playing 4-song sets. We pass the tip jar during the featured set, otherwise no cover. All ages are welcome.