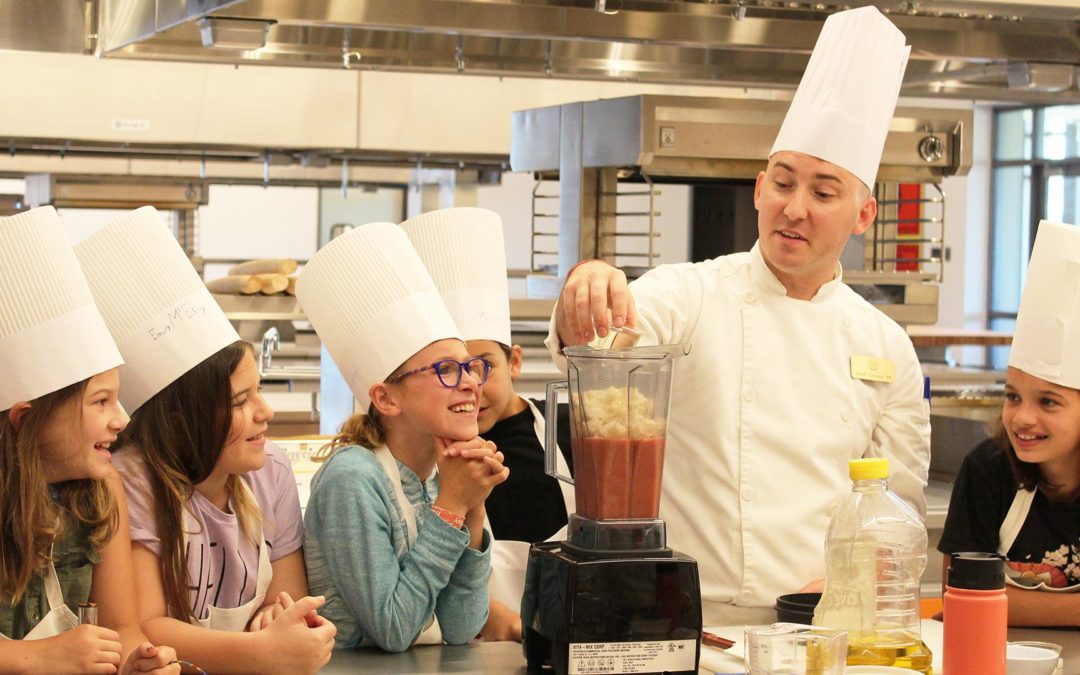 The CIA is teaming up with America’s Test Kitchen (ATK) Kids! Join us for a special class featuring ATK host, Julia Collin Davison, and ATKkids food editor, Suzannah McFerran, as you and your young chef(s) experiment with some holiday baking recipes in our state-of-the-art Hestan Kitchen.

America’s Test Kitchen Kids’ mission is to build a new generation of empowered cooks, engaged eaters, and curious experimenters. They explore food through STEAM: Science, Technology, Engineering, the Arts, and Mathematics. And, they want your opinion!

During this class, you’ll learn the basics of baking like getting ingredients ready, measuring, and special techniques to get everything just right. Then you’ll make some delicious recipes, participate in fun experiments, taste test the goods, and more! It’s the perfect way to bond with your young chef and learn some new skills and recipes just in time for the holidays.

Is your kiddo a little too young for this? Join us for a special edition of Family Funday: How to Make Éclairs & Their Cousins!

About Suzannah McFerran
Suzannah McFerran is Executive Food Editor of America’s Test Kitchen Kids. She joined the company’s book team in 2006, and since then has led the kitchen teams in development of more than 20 books. Prior to joining America’s Test Kitchen, she worked at Rialto Restaurant in Cambridge. She is a graduate of Brown University and the Institute of Culinary Education.