10 Terrific Chardonnays Not To Miss On Your Next Monterey, California Wine Tasting Trip 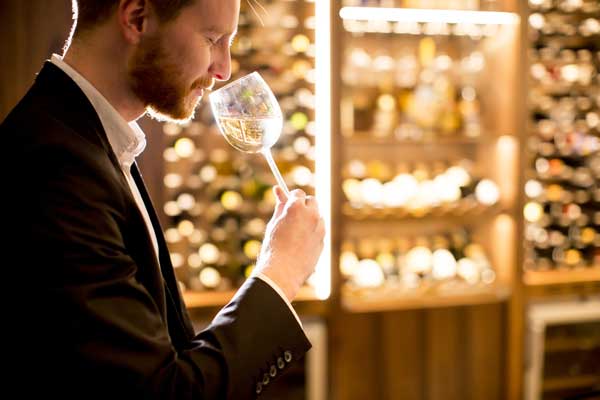 Monterey’s coastal side, where the cooling ocean fog allows grapes to develop a perfect sugar-acid balance, excels in the production of Chardonnay, Pinot Noir and Riesling. Warmer, inland subzones are home to fleshy, concentrated and full-bodied reds like Cabernet Sauvignon, Merlot and Zinfandel.

Chardonnay, covering about 40% of vineyard acreage, is the most widely planted grape in all of Monterey County.

Here are ten wonderful Chardonnays not to miss on your next Monterey, California Wine Tasting trip: 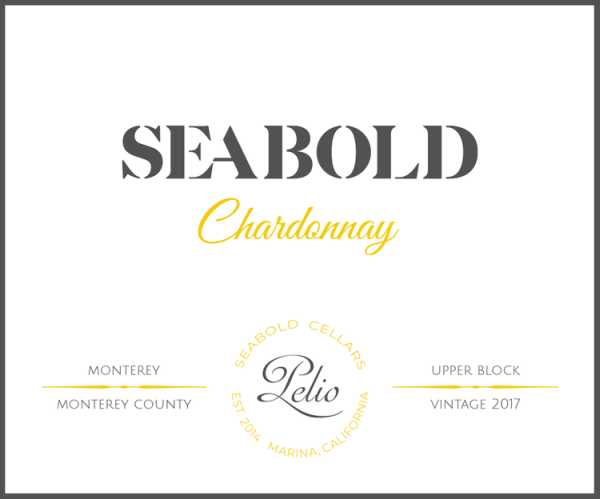 If you enjoy crisp Chardonnay, Seabold Cellars 2017 Pelio might be for you. Founded in 2014 by Master Sommelier Chris Miller, Seabold focuses on small-lot, site-specific Burgundy and Rhône varietals. The winery is located on the edge of the of Monterey Peninsula in the small town of Marina, just a short walk from the Pacific Ocean. The Seabold Cellars 2017 Pelio Upper Block Chardonnay has a 95 point ranking from Wine Enthusiast with “flavors of Meyer lemon, grapefruit, pan-seared apple and a touch of mango.” (Wine Enthusiast Online) 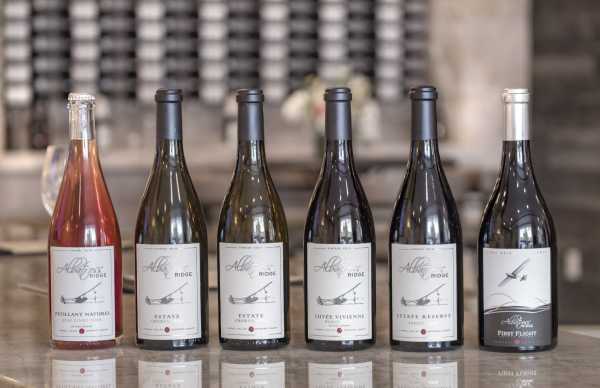 Winemaker Garrett Bowlus and his father Brad have worked magic to create several inspiring Chardonnays and Pinot Noirs on land near where his grandfather tested Albatross sailplanes in the mid 20th century. Their 2015 Albatross Ridge Estate Chardonnay is a perfect example and one not to miss on a trip through Monterey’s vineyards, sporting 94 points from Wine Enthusiast, with “a compelling tannic grip, framing diverse yet complementary flavors of chalk, clay, honeysuckle, Asian pear and nectarine.” (Wine Enthusiast Online) 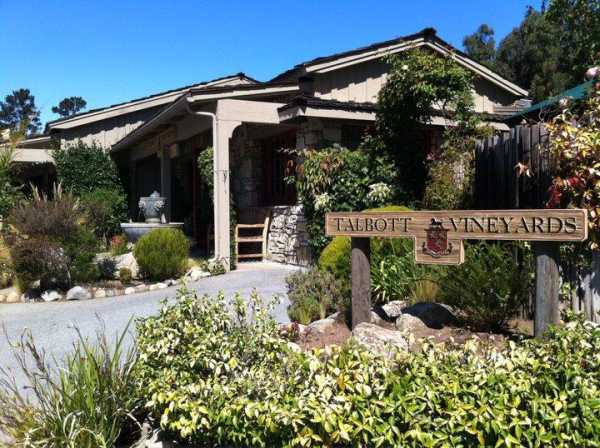 Wonderful buttery chardonnay from Monterey named in honor of Robb Talbott’s mother, the Audrey Chardonnay. Very golden in the glass suggests a heavily oaked wine but the oak is very well handled and the wine turns out to be quite elegant with aromas of pear, pineapple, cooked lemon, peach, baked apple, butterscotch, vanilla and hints of toasted coconut. Wine Enthusiast rates it a 93. 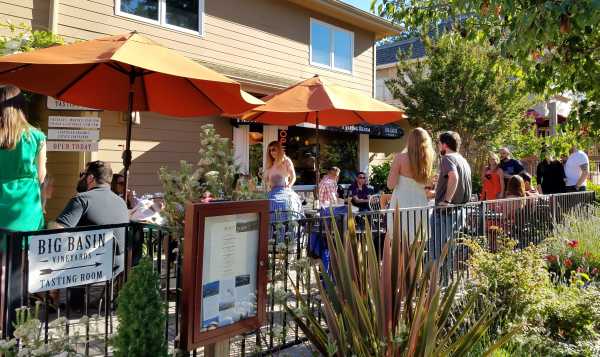 The 2016 Coastview Vineyard Chardonnay is very aromatic with “a smoking bouquet of lemon curd, toasted spices, white flowers, and honeyed pineapple, with just a hint of brioche and toastiness.” (Jeb Dunnuck Review) Given 92 points by Jeb Dunnuck. 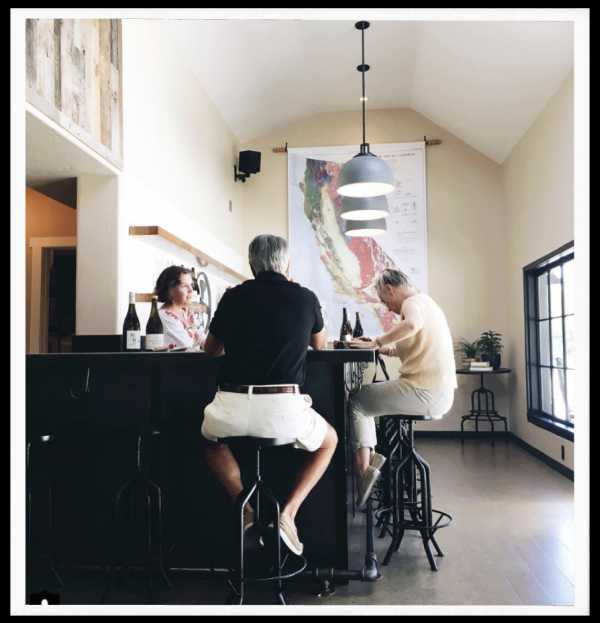 Le P’tit Paysan is a small producer, where Ian Brand, the owner and winemaker is known for his progressive approaches in the vineyard, his commitment to organic farming as well as his excitement for Monterey being an excellent terroir in California. The Jack’s Hill Chardonnay is from the small La Belle Rose Vineyard on the east side of the Salinas Valley. The wine displays “clean and delicate aromas of Asian pear, lemon rind and edgy chalk lead into a racy, crisp and tightly wound palate. Flavors of grapefruit, nectarine, blanched almond and sea salt.” (Wine Enthusiast Online) Wine Enthusiast gives Le P’tit Paysan 2017 Jacks Hill Chardonnay a 92 rating. 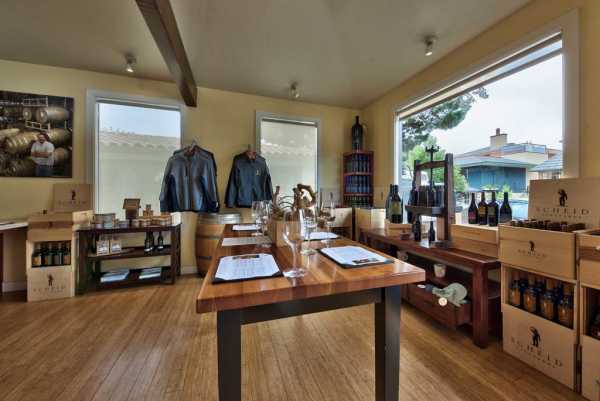 A top-notch Chardonnay can be one of life’s great pleasures and the Monterey appellation has developed a world-renowned reputation for producing spectacular examples. The cool coastal climate, with morning fog that often lingers until midday, allows the intricate fruit ﬂavors to develop while preserving crucial acidity. The Chardonnay Reserve program at Scheid Vineyards was developed to produce a rich wine that showcases the distinctiveness of the Monterey growing region. It is a hand-harvested, small-batch Chardonnay hailing from the Santa Lucia Highlands, where the cool climate results in complex, intense wines. Barrel fermentation in small, medium-toast French oak and partial malolactic fermentation bring a richness and depth to the blend, which is elegantly balanced with dramatic tropical fruit ﬂavors. Aromas of nutmeg and vanilla tie the wine together in a medium body with a lush, lingering ﬁnish. {Scheid Vineyards) Wine Enthusiast gives this wine 92 points. 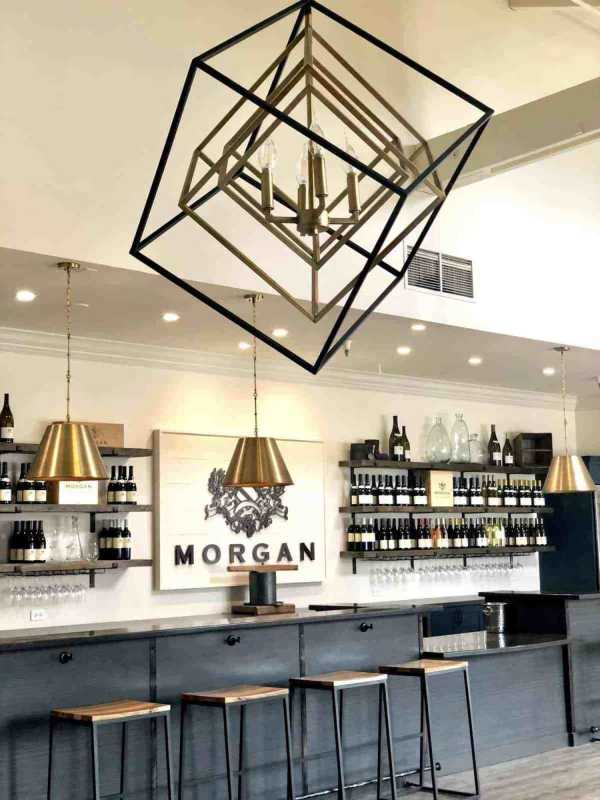 Metallico is sourced from some of Monterey’s best vineyards; in 2017 grapes were sourced from the Roger Rose, Leavens, and Quail Run estates. “These vineyards are influenced by their proximity to the cold water of the Monterey Bay. This provides the perfect conditions for fruit forward, racy, and elegant Chardonnay. Metallico’s aromatics are intense with golden delicious apple, bosc pear, and green mango. The palate has ripe fruit flavors of citrus and ginger. Crisp, food-friendly acidity keeps this wine refreshing and bright. It’s a perfect accompaniment to shellfish and lighter summertime fare. (Morgan Winery) Wine Enthusiast ranks it with 91 points. 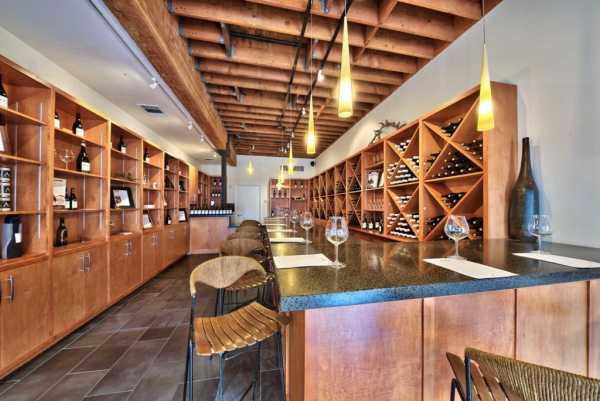 With a name meaning “out of” in Latin, EX Chardonnay comes from the original 35+-year old, own-rooted Clone 4 planted on their estate vineyard. It is fermented (primary only) and aged for 3 months in stainless steel. The resulting unoaked wine is bright and crisp. Aromas of citron, guava and green apple combine to add a subtle fruit note to the nose. The palate counters with lively stone fruit and citrus and a noticeable but balanced acidity. The 2016 (and even the 2017) is hard to come b, but the 2018, while unrated, is tasting wonderful. Wine Enthusiast gives it 91 points. 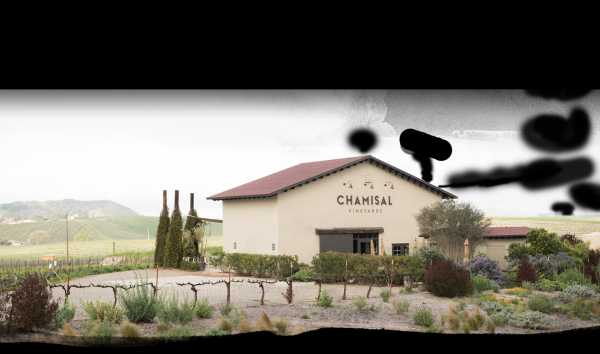 Chamisal made history in 1973 as the first winery in Edna Valley to plant grapevines. And, with a tasting room just 10 minutes from downtown San Luis Obispo, its an easy, accessible location to enjoy their 90 point rated Chamisal 2017 Chardonnay (Wine Enthusiast). With “Broad and creamy aromas cut by lemon juice and crushed chalk on the approachable nose of this bottling, the smoky quality extends to the palate, where toasted almond, ripe peach and salted lemons make for a mouthwatering experience.” 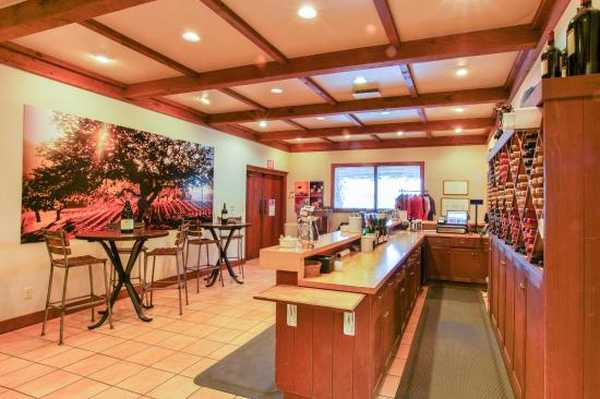 At Bernardus, traditional Burgundian methods are used to create some truly exceptional Chardonnays. At harvest, their grapes are hand picked after careful evaluation for ripeness. The grapes are then very gently pressed in order to obtain the highest quality juice and then transferred to small oak barrels for fermentation. All barrels undergo a malo-lactic fermentation and are hand-stirred every two weeks until shortly before blending and bottling. While the 2016 has become very difficult to find (rated 90 by Wine Enthusiast), the 2017 Monterey Chardonnay is an outstanding example of Chardonnay from Monterey County. The aromas exhibit scents of peach and lychee accented by caramel and toasty oak notes. The palate is very rich and highly focused with vibrant tropical fruit and citrus flavors supported by a crisp acidity (Bernardus Vineyards and Winery).

← Prev: Product Review: Wine Tasting Made Better with Repour Next: Cabernet Savignon, The King of Grapes → 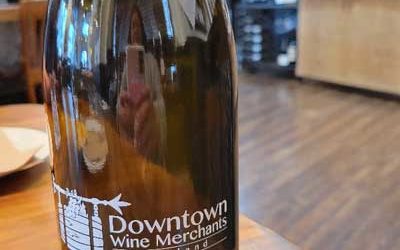 Downtown Wine Merchants in Downtown Oakland, CA is a great wine bar that features local East Bay or European wines along with a creative food menu. 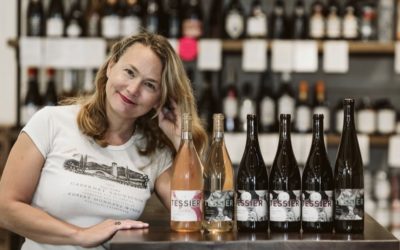 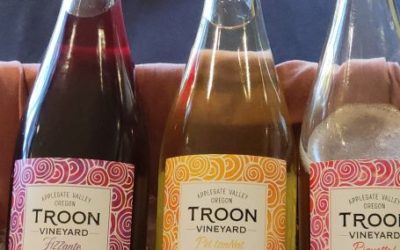 At the recent Wine Media Conference (#WMC21) in Eugene, Oregon, we had the privilege of tasting some sparkling wines from Oregon. Since most people think Pinot Noir when thinking about wine from Oregon, many of us didn’t realize Oregon produced sparkling wines. Some notable wines from our discovery session and tasting include the Brut from Willamette Valley Vineyards and the Pet Nat series of wines from Troon.